Comp Benefits Due to Restaurant Manager Despite Being Smoker

A restaurant manager and chef who had smoked for about 30 years is entitled to workers compensation benefits because heavy work-related lifting like contributed to his heart attack, a Pennsylvania appellate court has ruled.

The claimant was moving been kegs in 2008 when he experienced chest pains, according to Tuesday’s ruling by the Commonwealth Court of Pennsylvania in Pittsburgh, in Edmondo Bemis vs. Workers’ Compensation Appeal board.

Mr. Bemis—who smoked for 30 years according to the appellate court’s ruling—eventually filed for workers comp benefits, claiming that his work injury worsened until he needed the surgery and that he was totally disabled.

But his employer denied the allegations, and the case went before a workers comp judge. 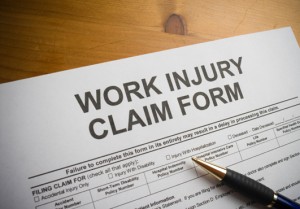 A cardiologist for Mr. Bemis opined that the lifting incident probably precipitated his myocardial event. The doctor also said the claimant’s physical exertion resulted in a further narrowing of his coronary arteries, thereby decreasing the blood supply to his heart and resulting in the chest pain and myocardial damage.

A doctor representing the employer opined that the claimant’s heavy lifting may have was equivocal and legally insufficient to establish a link between his on-the-job lifting and subsequent heart attack.

The Workers comp judge concluded that the testimony of the doctor for Mr. Bemis was equivocal and legally insufficient to establish a link between his on-the-job lifting and subsequent heart attack.

The just denied his workers’ comp petition. An appeals board agreed and Mr. Bemis appealed to the Commonwealth Court.

Among other testimony, the claimant’s doctor said that while the artery plaque buildup was not caused by the claimant’s work, the stress of the lifting caused an irritation of his arteries. That resulted in an increased narrowing and decreased blood flow to claimant’s heart, the doctor said.

“Based upon our review of (the doctor’s) testimony as a whole, we must conclude that the (workers comp judge and the appeals board) erred in concluding that his testimony was equivocal,” the appellate court ruled.

The court remanded the case, with an order for the workers’ comp judge to calculate benefits that are due to Mr. Bemis.