Now that we have gone through the first quarter of 2013 we are starting to get a look as to how the economy is going to be throughout the rest of 2013.

The budget remains the biggest problem affecting economic growth.  Part of the budget deficit is simply due to the weak economy.  If the economy was growing at a rate of 3.25%, the U.S. could afford to run in a higher deficit.  The fact of the matter is, the budget stills needs to be reduced, which means spending cuts and tax hikes could have a huge impact on your family’s budget.

Below is an outlook of how you can expect the current economy to affect your family.

If you watch the news you see the unemployment rate has been coming down steadily over the past 6 months.  Even though unemployment is moving in the 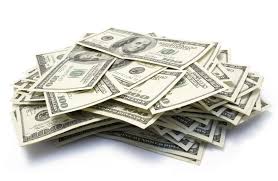 right direction, economist thinks that it is not moving fast enough.  For the Unemployment rate to drop at a comfortable rate, there need to be at least 300,000 new jobs created each month.

Even though the recent tax adjustments are focused on the rich, the expiration of the payroll tax means that a middle-class family could expect to pay $600 – $1,200 more a year.  With the budget problem still looming, the money will need to come from somewhere.  Most new tax hikes are likely to affect the rich directly, but as you know that will trickle down to the typical American family as well.

Over the past 12 months, inflation has only grown 1.8%, which policymakers love.  This trend could be short-lived if the economy really starts to take off.  This past summer the Federal Reserve tripled the size of the U.S. money supply, which could come back to bite us when the economy turns.

The real estate market continues to move upward, this will continue as long as the unemployment rate drops.  Even though the real estate market is moving up, home prices still remain fairly low.  This is because there are still a large number of foreclosed homes on the market, which is driving down the prices.

As one of the biggest economic drivers that we have, gas prices constantly fluctuate depending on a wide range of factors.  Recently gas prices have gone up across the U.S.  due in part to higher taxes.  Gas prices are ultimately dependent on the price of oil, and as the world economy recovers, demand for oil will increase, and gas prices will continue to rise.

In the past month, we have seen record numbers on the stock exchange and there doesn’t seem to be any end in sight.  The Dow is expected to go over 15,000 in 2013.  This would be great, but because of unemployment, some U.S. families had to dip into their 401(k) in order to live.  Now they will be unable to take full advantage of the expected growth.