An Ecuadorian appeals court upheld an $8.6 billion ruling against oil giant Chevron stemming from claims that the company had a detrimental impact Amazonian communities where it operated.

The judgment again Chevron is the latest 19 years of litigation between Amazon residents and Texaco, which was later purchased by Chevron.

A three-judge panel handed down the ruling Tuesday, nearly a year after receiving the case, the state-run Andes news agency reported.

In addition, the appeals court ruled that Chevron must publicly apologize to Ecuador, and if it fails to do so, the fine will be double to nearly $18 billion, Andes reported.

In a statement, Chevron said the appeals court ruling “is another glaring example of the politicization and corruption of Ecuador’s judiciary that has plagued this fraudulent case from the start.”

The company alleges that reports and evidence against it were fraudulent and that bribes and corruption led to the original decision against it. 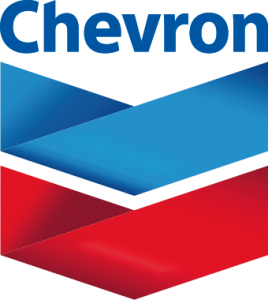 “Chevron does not believe that the Ecuador ruling is enforceable in any court that observes the rule of law. The company will continue to seek to hold accountable the perpetrators of this fraud,“ the company said in a statement.

When an Ecuadorian tour landed down the original ruling last year, both Chevron and the Amazonia residents appealed.

Chevron argued the verdict was the product of fraud and the plaintiffs said the size of the award was too small in comparison to what would be needed to do a real clean-up.

The car, Aguinda v. ChevronTexaco, was originally filed in New York in 1993 on behalf of 30,000 inhabitants of Ecuador’s Amazon region. The suit was eventually transferred to the Ecuadorian court and Ecuadorian jurisdiction.

The lawsuit alleges that Texaco used a variety of substandard production practices in Ecuador that resulted in pollution that decimated several indigenous groups in the area, according to a fact sheet provided by the Amazon Defense Coalition.

Cancer and other health problems were reported at higher rates in the area, the group says.

Chevron says Texaco was partnered with an Ecuadorian oil company when it operated in Ecuador, and that it spent $40 million on remediation efforts to clean up roughly one-third of the sites in which it worked — an amount reflective of its 37% share of the oil-producing consortium with Petroecuador. It says its cleanup efforts were certified and approved by the Ecuadorian government and blames Petroecuador for any ongoing pollution at sites where it was the sole operator, according to documents on the Chevron website regarding the lawsuit and its history of operations in the South American country.