Hiring Executives: How to Move Beyond First Impressions

Little things can be revealing in an interview and a skilled interviewer can look beneath the surface to discover the real candidate.

Selecting the right people to lead and build effective executive teams is critical to developing successful organization and the interviewing process can be the most important step. 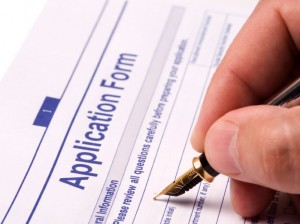 Hiring ineffective leader can lead to a variety of negative outcomes for an organization including diminished morale business performance.

He has conducted hundreds of interviews for top-level positions during the past 18 years. He says his background in industrial organization psychology (I-O) gives him the ability to delve beneath the superficial surface to determine the real substance and skills of candidates.

“What you see is not always what you get and that’s why it is important to be able to provide a full assessment of a candidate including traits and characteristics not readily apparent in an interview or with provided background information. “said Stamoulis who is author of “Senior Executive Assessment: A Key to Responsible Corporate Governance.”

He noted that too often interviewers become enamored with a charismatic candidate who makes a good first impression, instead of looking at relevant past performance and other indicators of leadership.

It can work the other way, as well. Some of the best executives do not make great first impressions. Looking deeper than the initial perfection of a candidate can reveal skills needed for the position as well as leadership talents.

“Many interviewers truly do not focus on the key elements needed for the position. It’s not that hard but a lot of people don’t do it,“ he said.

One reason is that job descriptions are often too broad, he said. I-O psychologists can help organizations conduct a job assessment outlining the kind of skills needed for the position. They also possess the knowledge that can identify genuine leadership and personality traits of effective leaders and make valid predictions of likely success.

What are some of the traits Stamoulis looks for in candidates?

There are many, he says, but certainly breadth of knowledge and attention are important. A full and rich conversation covering different facets of the business, including both the historical and sociological elements shows the breadth of the business.

“For example being able to discern how societal and economic changes are impacting or could impact the market. That shows the ability to see the big picture,” he said.

“I recently had a CEO candidate observe that no amount of technological advancement was going to improve the prospects of French business in Germany due to historic cultural problems that he described in details and insight. It turned out he was exactly right,” he said.

“I also look for people comfortable with change and ambiguity and showing evidence of thriving in these conditions, which are reflective of many businesses. People who are not just tolerating change but embracing it,” Stamoulis Said.

It is important to look for balance during the interview. Candidates who only use superlatives to describe previous performance are not showing an ability to be self-critical or demonstrating they learn from mistakes, Stamoulis said.

He said he often has data about the candidate that helps in the interview, such as the result of personality and cognitive testing.

“Looking at those results makes me a better interviewer. Personality data provides corroborating evidence of what I observe. I am able to hone my ability to spot signs or signals about a candidate, signs that may be overt to subtle,” Stamoulis said.

What is not said is an important consideration as well. “If an interviewee doesn’t mention others he or she led and name key contributors to past successes, that might indicate he or she is taking credit for others’ work and ideas. Does the candidate come across as arrogant or narcissistic? If so, it shows there might not be a connection with colleagues, he said.

And candidates who are prone to blaming others for failed programs and making excuses are likely not taking responsibility for their behavior and actions.

Also, the interviewer should look for evidence of compassion, courage, reflection, decisiveness and the ability to pause and think before answering. The executive assessment includes elements of optimism and realism and accurate judgment. “We’re looking for a balance of traits,” he explained.

Stamoulis suggests in-depth interviews. “A couple of hours should be sufficient to discern factors about the candidate,” he said.

A revealing interview is really a conversation that skillfully leads a candidate to talk about leadership and business acumen. “I avoid the typical questions. The goal is to get interviewees to talk, not only about their past experience and the job but about themselves. The passion which they used to describe their previous work, their career and their life outside of work can be revealing. I look for the message behind what they are saying,” Stamoulis said.

He said genuine interaction is the goal of a good interview because it reveals much about the qualities of the person.

“It’s always a good sign when someone stretches my thinking about some aspects of an industry. If they are keeping me on the edge of my seat with their thinking, I’m thinking we are looking at a good candidate,” he said.