Freedom of speech might allow journalists to get away with a lot in America, but the Department of Homeland Security is on the ready to make sure that the government is keeping dibs on who is saying what.

Under the National Operation Center (NOC)’s Media Monitoring Initiative that came out of DHS headquarters in November, Washington has the written permission to retain data on users of social media and online networking platforms. 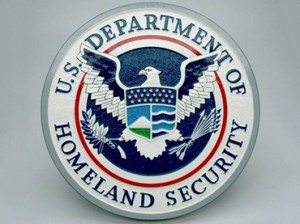 Specifically, the DHS announced the NCO and its office of Operation Coordination and Planning (OPS) can collect personal information from news anchors, journalists, reporters or anyone who may use “traditional and/or social media in real time to keep their audience situation aware and informed.”

According to the Department of Homeland Security’s own definition of personally identifiable information, or PII, such data could consist of any intellect “that permits the identity of an individual to be directly or indirectly inferred, including any information which is linked or linkable to that individual.” Previously established guidelines within the administration say that data could only be collected under authorization set forth by written code, but the new provisions in the NOC’s write-up mean that any reporter, whether someone along the lines of Walter Cronkite or a budding blogger, can be victimized by the agency.

Also included in the roster of those subjected to the spying are government officials, domestic or not, who make public statements, private sector employees that do the same and “persons know to have been involved in major crimes of Homeland Security interest,” which to itself opens up the possibilities even wider.

the department says that they will only scour publicly-made info available while retaining data, but it doesn’t help but raise suspicion as to why the government is going out of their way to spend time, money and resources on watching over those that helped bring news to the masses.

The development out of the DHS comes at the same time that U.S. District Judge Liam O’Grady denied pleas from supporters of WikiLeaks who had tried to prevent account information pertaining to their Twitter accounts from being provided to federal prosecutors. Jacob Applebaum and others advocates of Julian Assange’s whistleblower site were fighting to keep the government from subpoenaing information on their personal accounts that there collected from Twitter.

The website Fast Company reports that the intel collected by the Department of Homeland Security and the data is being shared with both private sector and businesses and international third parties.